What are the prototypes of the artificial Christmas tree? 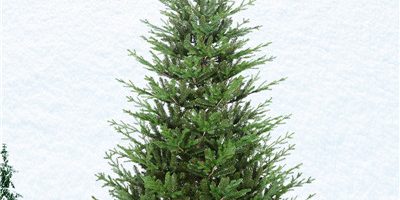 What are the prototypes of the artificial Christmas tree?
A tree suitable for making a Christmas tree must meet the following conditions: conifers, evergreens, and a triangular shape. Let’s take a look at the prototypes of the Christmas tree reference.
Spruce
Spruce is a plant commonly used to make Christmas trees, and many of them are popular among the public, such as Norwegian spruce, blue spruce (Corolla spruce), and Sevier spruce. The shape of this kind of Christmas tree is almost conical, and the canopy is relatively thick, which is very suitable for the festive style of heavy decoration.
fir
Fir trees are relatively expensive among the Christmas tree choices because they grow slowly. Such as Korean fir and magnificent fir, as well as Nordman fir and Colorado fir. This kind of Christmas tree has many choices of needle leaf colors, from light green to gold, white to blue, and it is a very beautiful variety.
Scots Pine
Scots pine is a tree species distributed in a wide range from Great Britain and the Iberian Peninsula in the west, Eastern Siberia and the Caucasus Mountains in the east, and North Da Lapland. In the north, it grows from sea level to 1,000 meters above sea level, and in the south it appears as alpine plants. In some areas, it will also be selected as the tree species of the Christmas tree.
Araucaria
Araucaria is currently the most used variety of Christmas trees, and it is also the most popular Christmas tree with beautiful appearance and pleasing color.